Did you know that 85% of all video views on Facebook are silent?

What I mean is that the majority of people are watching videos with the sound on mute.

I’m sure you’ve done it. I do it all the time too.

Like, when I’m lying in bed with my wife who is reading a book, while I prefer to watch videos.

Instead of getting up to look for headphones or playing them with the sound, I put them on silent – so not to disturb her.

You are on the train or bus, browsing through Facebook, as you do. However, out of fear of being stared down like a madman in a Mormon church for playing your best fails videos, you put your phone on mute.

You know if someone calls or texts you, you will still be able to see it on the screen, so no problem.

The video platform giants, Facebook and YouTube, have been watching and know our habits. That’s why they have made it easier for us to browse silently

That’s why I always recommend:

In the past, we could only manually add captions to videos which were cumbersome. The good news is that these days YouTube and Facebook will add captions to your videos for you.

When uploading the video…

…just look for the “captions” feature and click “add captions”. Although not yet perfect, their auto-caption software is already able to caption up about 95% of speech correctly.

(Except if you’re like me and have a thick accent while enjoying the butchering of words).

The other option is incorporating captions into the design of your videos. This is common on Facebook where you often see a “polaroid” style video with a large white or black bar above and below the video with large text.

Ok, now for the next tip.

Have an intro and an outro

There’s a reason why you should have an intro or outro in all your videos.

A short, 8-second intro and outro increases your brand awareness with every viewer and gives each video a more professional look.

It doesn’t have to cost a fortune. You’ve heard of Fiverr by now, right?

If you go to Fiverr, you can find plenty of vendors willing to create a professionally done intro or outro for just 25 to 50 bucks.

I personally have a team of professional video editors in my office, and I can tell you, that a good intro will take an editor 4-5 hours to make.

So, this is a great deal.

Luckily you don’t need a team of full-time video editors like me to create a great looking intro. You can get one on Fiverr and it only takes a few days for them to do it for you.

Btw, Fiverr is a great tool for any business owner.

You can order graphic design, animations, book covers, and tons of other services. It’s a really useful marketplace when you just need something small scale.

If you’re looking for a supplementary or background audio track for your videos, check out www.youtube.com/audiolibrary.

It’s a huge library of free to use audio clips which you can download and add to your videos.

Just browse through, pick whatever you like, click on download, and add it to your video. It’s pretty easy. However, don’t overdo it with your soundtrack. This isn’t the Titanic in 3D. You just need a little something to complement your video.

With captions, a professional intro and outro, the right lighting and framing, plus a little music in the background…

People are going to watch your videos and think to themselves:

It’s a good idea to include credits like you see in the movies. Because then you protect yourself from legal strife.

I always recommend putting credits at the end of your video for any 3rd party audio you use. That way you won’t run the chance of getting your video blocked for copyright infringement. And, as it is at the end of the video, it won’t interfere with people watching but still give YouTube’s algorithms a nod that you’ve done the right thing.  However, if you don’t want to use credits, you can also mention any third party who has helped you to create the content.

End credits are often just 6-7 seconds long. That should give you enough time to give everyone credit who is involved in the shoot.

Just add some simple end credits to each video to cover all bases.

Simple. Final Cut Pro is great if you’re on a Mac.

If you have a Mac, this is the way to go. Final Cut Pro is Apple’s iMovie, on steroids. Keep in mind that it is a paid program and you’ll usually need to spend about $300 to get it.

Final Cut Pro allows you to make all your videos into highly professional movies.

However, if you just want something simple, there’s nothing wring iMovie. It allows you to add music, text and even your intro and outro to your videos. iMovie can do a lot of the basic things you need.

Especially when first starting out.

But, once you want to elevate your game and invest in the future, Final Cut Pro is the way to go.

Have you ever seen one of those videos where two people are talking on some sort of video conference, where one person takes up nearly the entire screen and the other person is in a small box in the corner?

You might have seen a tutorial video where someone shares their screen with you and goes through the steps visually, while there is also a small box in the corner with a shot of them?

This is called picture in picture videography.

It’s a great style, not only for video marketing but for general business as well. Imagine going through a contract with someone on camera. It would definitely help reduce any disputes in the future rather than only relying on email.

Now, if you want to create a live 2-way conversation like that…

You could use software like Zoom, or GoToMeeting, which automatically have simple recording functions built in.

If you’d like to create a tutorial or training video, sharing how to do something with your audience, then this can also be achieved relatively easily without paying for extra software.

All you need is:

1. A webcam (built into almost every laptop these days)

In Quicktime, you can create a screen capture by going to File > New Screen Recording.

Then, after you record both your screen capture and webcam simultaneously, you can put them together in Final Cut Pro, aligning your webcam footage down in the bottom right (or left) corner.

This gives you a really sharp looking tutorial or training video which can be uploaded to Youtube and used within your Video Marketing strategy.

So how long does all this editing take?

Basically, editing comes down to about one hour for each minute of footage.

I know this sounds really long, but it’s because you are cutting out umms, and ahhs, adding text and images, and fixing up lighting and framing all whilst watching the same footage over and over again as you tweak it.

So let’s do some quick maths. If it’s a three-minute video. How long will it take? Roughly 3 hours, right?  It will take three hours of editing right? Or a 10-minute video can take 10 hours to edit.

(Being a Youtuber isn’t as easy as it looks, right?)

A lot of times, people are surprised at how time-consuming video marketing really is. Yes, it really is.

The good news is, within today’s modern world, the vast majority of kids as young as 8 years old know video editing.

I’d go as far to say, most 15 to 25-year-old range already have video editing experience. You could possibly hire one as an intern, or junior staff to edit your videos with no problems.

When shooting videos, get a professional team to come in and make you look, and sound, your best.

Then, knowing that editing is where you’re going to be spending a lot of your time, you could outsource it to someone in your circle of young techno wiz kids.

Otherwise, you could do it yourself. Just remember it’s an hour a minute.

Quick question before we go.

What editing software do you use?

Let me know it in the comments. 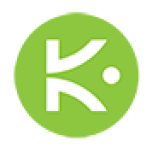 Katapult MarketingHow To Edit Your Videos Like A Pro05.31.2018